Introducing a New Chinchilla - Is my chinchilla lonely? 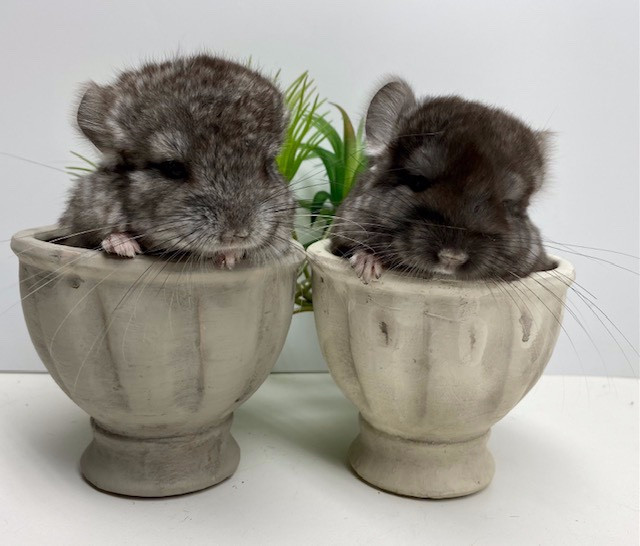 A very popular question in the chinchilla pet world “Should I get more than one chinchilla so they aren’t lonely?”. I typically wean my animals in pairs, so they are well-socialized. While chinchillas are by nature social animals, the do NOT need to be with another chinchilla to have a good life. A chinchilla can be happy as a single pet with a large cage, healthy diet, wood shelves to occupy them and a hidey house.

Introducing another chinchilla is most times successful when done properly. Once you have bonded your chinnies, it is important to avoid stressful situations that can break the bond between two chinchillas. Just recently, I successfully bonded 2 males. They were happy together for several weeks, until the girl next door moved in. One day happy little boys; the next day mass chaos. There are many stressors that can cause animals to no longer get along: adding another chinchilla, separation from each other for any length of time, a new cage, a new environment, etc. It’s important to always have a second cage in the event they don’t play nice in the dust box.

Whether or not you decide to have one or multiple chinchillas is entirely your decision. If you know you want two from the beginning ask your local reputable breeder if they have a set of siblings or a bonded pair available.

A few tips if you decide to grow your little band of chinbandits: